Myomectomy Treatment in Delhi and Procedure: Cost and Clinical Details

M yomectomy also known as fibroidectomy refers to the surgical removal of uterine leiomyomas, also known as uterine fibroids, which are smooth muscle tumors of the uterus.

Mostly women have no symptoms while others may have painful or heavy periods. They may also cause pain or lower back pain during sex.

A woman can have one uterine fibroid or many. Sometimes, fibroids may make it difficult to become pregnant, although this is uncommon.

In contrast to hysterectomy the uterus remains preserved and the woman keeps her reproductive potential.

A myomectomy can be performed in a number of ways, depending on the location and number of lesions, which means an injury to living tissue.The exact cause of uterine fibroids is still unclear till present.

Myomectomy is a surgery to remove one or more fibroids. It is usually recommended when other conservative treatment options fail for women who wants fertility preserving surgery or who want to retain the uterus.

The presence of a fibroid does not mean that it needs to be removed. Removal of fibroid is necessary when the fibroid causes pain or pressure, abnormal bleeding, or interferes with reproduction.

The fibroids that needs to be removed are typically large in size, or growing at certain locations such as bulging into the endometrial cavity causing significant cavity distortion.

P atients have many options in the management of uterine fibroids, including: observation, medical therapy , hysterectomy, uterine artery embolization, and high-intensity focused ultrasound ablation. Despite these many options, the surgical approach of selected fibroid removal remains an important choice for those women who want or need to preserve the uterus. 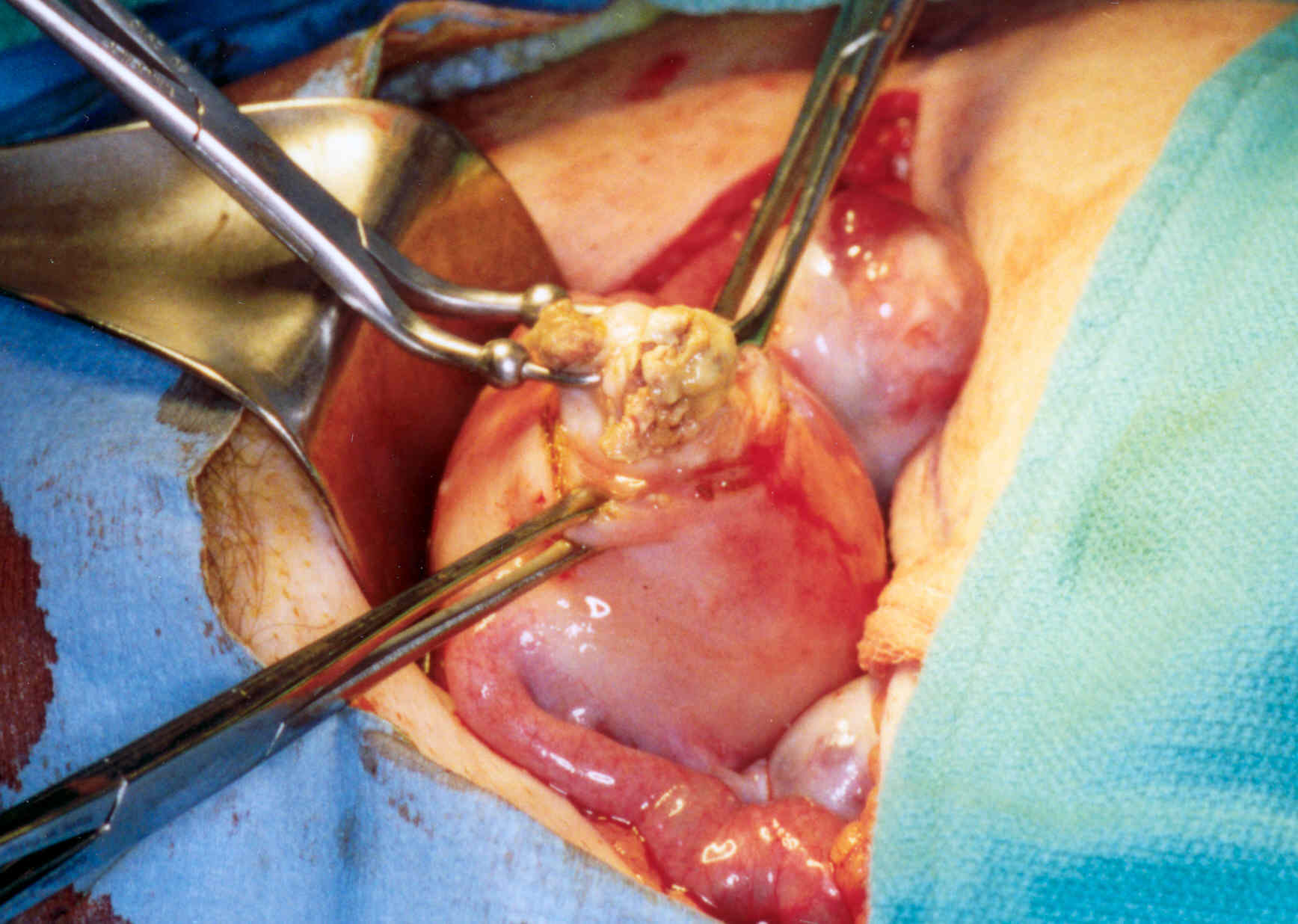 A hysteroscopic myomectomy (also known as transcervical resection) in this type the fibroid can be removed by either the use of a resectoscope, where retroscope is an endoscopic instrument inserted through the vagina and cervix that can use high-frequency electrical energy to cut tissue. 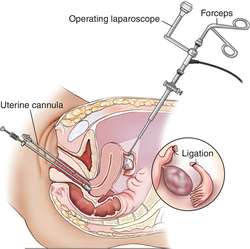 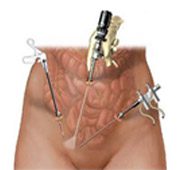 A laparotomic myomectomy (also known as an open or abdominal myomectomy) is the most encroaching surgical procedure to remove fibroids.Inthis, the physician makes an incision in the abdominal wall and removes the fibroids from the uterus.Laparoscopic myomectomy causes less pain and requires shorter time to be spent in hospital than the open surgery.

D octors don't know the defined causes of uterine fibroids, but research and clinical experience point to these factors:

Genetic Changes
Many fibroids contain changes in genes that differ from those in normal uterine muscle cells.
Hormones
Estrogen and progesterone,these two hormones that helps in development of the uterine lining during each menstrual cycle in preparation for pregnancy, appear to promote the growth of fibroids. Fibroids contain more estrogen and progesterone receptors than normal uterine muscle cells do. Fibroids tends to shrink after menopause due to a decrease in hormone production.
Other Growth Factors
Doctors believe that uterine fibroids develop from a stem cell in the smooth muscular tissue of the uterus (myometrium). A single cell divides repeatedly, eventually creating a firm, rubbery mass distinct from nearby tissue.The growth patterns of uterine fibroids vary — they may grow slowly or rapidly, or they may remain the same size. Some fibroids go through growth spurts, and some may shrink on their own. Many fibroids that have been present during pregnancy shrink or disappear after pregnancy, as the uterus goes back to a normal size.

There are few known risk factors for uterine fibroids, other than being a woman ofreproductive age. Other factors that can have an impact on fibroid development include:
Heredity
If your mother or sister had fibroids, you're at increased risk of developing them.
Race
Black women are more likely to have fibroids than women of other racial groups. In addition, black women have fibroids at younger ages, and they're also likely to have more or larger fibroids.
Environmental factors
Onset of menstruation at an early age, use of birth control, obesity, vitamin D deficiency, having a diet higher in red meat and lower in green vegetables, fruit and dairy, and drinking alcohol, including beer, appear to increase your risk of developing fibroids.

When to consult a doctor for treatment

You need to consult your doctor if you face any of the following issues:

There's no single best approach to uterine fibroid treatment. But still the treatments which can be taken into consideration incldes:-

Many women with uterine fibroids experience no signs or symptoms, or only  annoying signs and symptoms that they can live with. If that's the case for you, watchful waiting could be the best option.

Fibroids aren't cancerous. They rarely interfere with pregnancy. They usually grow slowly or not at all and tend to shrink after menopause, when levels of reproductive hormones drop.

Medications for uterine fibroids target hormones that regulate your menstrual cycle, treating symptoms such as heavy menstrual bleeding and pelvic pressure. They don't eliminate fibroids, but may shrink them. Medications include:

Medications called Gn-RH agonists (Lupron, Synarel, others) treat fibroids by blocking the production of estrogen and progesterone.
A progestin-releasing IUD can relieve heavy bleeding caused by fibroids. A progestin-releasing IUD provides symptom relief only and doesn't shrink fibroids or make them disappear. It also prevents pregnancy
This nonhormonal medication is taken to ease heavy menstrual periods. It's taken only on heavy bleeding days.
Your doctor might recommend other medications. For example, oral contraceptives or progestins can help control menstrual bleeding, but they don't reduce fibroid size.

Myomectomy needs to be taken into consideration as a treatment by females if and only if tgey are facing severe symptoms. Otherwise watching and waiting is the best option as this does not have any adverse effect on the health of females who are suffering from this.