Stand with its trunk grapping the soil to provide shade to the infertile couples.

W ith the advancement in the field of medical sciences, We people rely ourselves completely on the medical science and the doctors that they will provide solution to every health problem of ours. Similar is the case when we face the infertility problem. To our believes, doctors provides fertility treatment also to the infertile couples who are not able to conceive naturally. IUI treatment is one of those and allows the couple to conceive by the fertility treatment when they are not able to do so naturally.

IUI which is the acronym of Intrauterine Insemination is the process being practiced in the laboratory. IUI treatment is an assisted conception method involving the separation of the fast moving sperms from non moving sperms. During IUI treatment, the selected sperms are inseminated into the into the uterus near to the female’s egg at the time of ovulation. In some of cases to increase the chances of fertilization so that the couple can conceive, the treatment is combined with usage of fertility drugs. 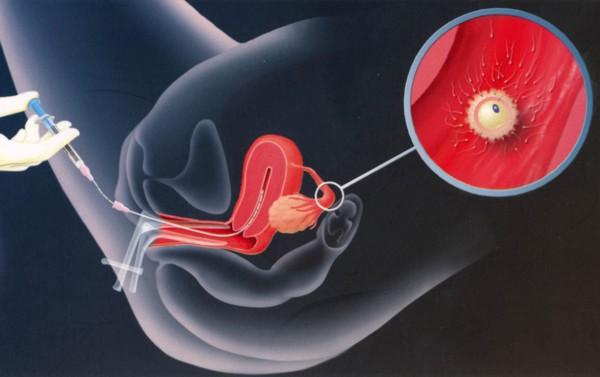 Be thankful for the advancement in medical science, which has raised a ray of hope to treat infertility by IUI being one of those treatment

IUI is the most widely treatment being used by the couples who have been in continuous attempt of conceiving naturally and by the other IVF treatments but failed to do so. IUI treatment is advised to the couples facing one of these conditions: IUI is very easy, straight forward and painless treatment. It is recommended only in cases when the intended couples are not able to conceive after continuous try for long period. IUI treatment is offered in Delhi and is suggested to have if one is not able to conceive rather than continuously trying to conceive.
IUI treatment works differently for both men and women although basics are same. Fertility drugs are not encouraged to be used during IUI but in some cases they are used to increase the chances of conceiving. Doctors makes the priority to use the ovulation drug to increase the chances of success.


There are some requirements from both the partners to accomplish the IUI treatment. They are listed as below:

Requirements From Male Partner: Requirements From Female Partner: IUI procedure takes place in the following steps:
IUI procedure is very easy and straight forward. IUI, Delhi is completed only in few minutes with minimal discomfort for the couple. In case, when a couple is undergoing a stimulated cycle, the patient needs to have the fertility drugs for quite a few days before you ovulate.
Success rates of the IUI treatment being offered in Delhi, India depends on various factors like cause and severity of the infertility, age, and whether the couple is using fertility drugs. IUI treatment success rates for women have gone high during the last year when compared to the past IUI is fast growing and less expansive option, the chances of conceiving are lower when compared to other IVF treatments. But still it is one of the best option to be chosen to cure the infertility. To have detailed discussion over the treatment based on your past history and health, consult the experts to discuss the opinions from both ends.
Although the probability of conceiving by the undergoing IUI treatment is increased when compared to the other fertility treatment but still there are some of the risks associated with it. There have been no such risks identified yet with IUI treatment when the couple is not going under the medicated drugs. When the intended couple or the partner is using the IUI treatment while having the the usage of the fertility drugs alongside the treatment there is a risk associated with it of the infection after IUI.
5 / 5 ( 10 votes )