How much does sperm washing cost in Delhi, India? - Dynamic Fertility

How much does sperm washing cost in Delhi, India?

How to improve egg quality for pregnancy

How much does sperm washing cost in Delhi, India? 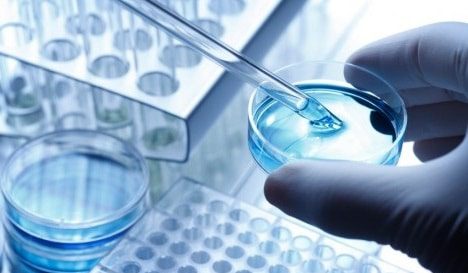 Sperm washing is the process that is long used to help the couples, who are trying to conceive but without passing any diseases or genes for disease. During this procedure, specialists separate the sperms surrounding from seminal fluid by a centrifuge, because of high spin device, it separates the components of a liquid. Then this sperm are washed twice in a special solution that further removes the undesirable materials. This is the short story about Sperm Washing Procedure in Delhi.

Dynamic Fertility & IVF Centre is one of the top ART fertility clinics, where the fertility team has more than enough experience (super senior doctor has been serving her best for the past 33 years of her life). Dynamic fertility & IVF Centre performs best reproductive service around world and conduct finest sperm washing in very reasonable cost.

Sperm washing technique is best for those couple (where one partner is infected with HIV infection) who wants to conceive but doesn’t want the disease pass on to the embryo. As above said, sperm washing takes multiple sperm washes and then insemination (where washed sperms are then placed into the uterus of the female at her near date of ovulation).

Sperm washing Cost in Delhi, India is too reasonable and easy to afford by any of the couple, whoever planning for their fertility treatment whether by artificial insemination or by ART technique.

Cost of sperm washing in Delhi stands to reason, it is low priced and if we compare the cost of IUI from other countries from India, then we will get to know that India offers Sperm washing in low cost. Cost of Sperm washing Delhi is $300 – $500, if we say it in INR, then it costs $20,000 – $30,000 approximate.

However sperm washing cost, when combines with other fertility treatment procedures varies. If the female wants to undergo IUI treatment with ovulation induction or fertility drugs then it somewhere cost $1000 – $3000.

IUI is fully known as Intra-uterine Insemination- it is a type of Artificial Insemination and is used to treat infertility issue.

During this procedure, sperms are washed multiple times in a special solution that removes the undesirable material and impurity of the semen. Once the sperms are washed and concentrated, placed into the uterus of the female recipient.

Older types of artificial insemination are done by placing the sperm in female’s vagina. This method was though easy but not productive comparing with the latest IUI procedure.

IUI treatment has been fruitful for several couples. IUI treatment not only performed when the male is having an issue of infertility but also it is done when there is female’s fertility issue too. Let’s have a look when IUI treatment is applied on the couple’s infertility case –

IUI is used most often in couples, who have

If male partner is unable to produce healthy and motile sperms then by using donor sperms, IUI is carried out.

Intrauterine insemination is fruitful for many couples to attain pregnancy. IUI is the treatment, which is only considered when the couple faces with minor fertility problems. During IUI, the sperm swims into the Fallopian tube and fertilize with waiting egg, resulting in a normal and healthy pregnancy. The main part of IUI is washing the sperms in an effective manner by the experts of fertility team.