The Existing Surrogacy Law and Guideline of India - Dynamic Fertility

The Existing Surrogacy Law and Guideline of India

6 Facts Regarding Surrogacy that all Should Know

The Existing Surrogacy Law and Guideline of India 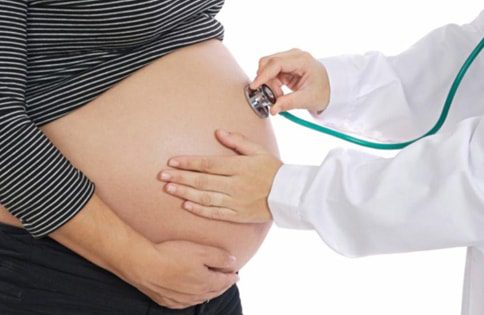 Due to the rising number of concern related to infertility, a large number of the infertile couple are looking for a way to opt for surrogacy,  and it has been noticed that due to the high demand of surrogacy with economical fees is high on demand.  However, people not from India but globally are coming to India to have the treatment with surrogacy to end infertility. As the number get increases for the surrogacy treatment, double the exploitation has occurred in an underprivileged woman. The poor woman who belongs to the marginalized family is exploited in many ways by their organizer or doctor. it has been noticed that woman are forcefully allowed to go through surrogacy, willingly or not willingly. In some of the most terrible cases are when woman are not allowed to get fixed and proper surrogacy fees charges as it has been fixed at the time of surrogacy treaty..

Surrogacy legality in India:-  with increasing  exploitation of woman  in India, it has open the eye of the judiciary to step forward and make the strict law that can prevent illegal surrogacy.  In India, due to extreme poverty, ignorance. However, the women are easily convinced and get taped to the misery of surrogacy. so by seeing the present scenario, the super court has strictly ordered to look into the matter. The time where surrogacy is largely unregulated in India has purposed surrogacy regulation bill 2016.  The bill primarily focuses on how to prevent exploited surrogacy.

Surrogacy bill 2016:- time after time there has been anxiety or dilemma spread in any nation. And to stop prevalent anxiety. The law court of nation stepped forward to look into the deep concern of surrogacy. And implement the law which gives justice to a surrogate mother

The bill finalizes with two caveats. Those who belong to the foreign country and does not have India citizenship can not avail surrogacy, while altruistic surrogacy can be access by inside citizen in the case if the intended person is unmarried couple, live in partner and lesbian. In surrogacy, only India couple is allowed to take part in surrogacy who has been legally married under the law of India. Surrogacy in existing time is high on demand by the infertile couple. However, our prime concern does not deal with the complete prohibition of surrogacy. But allow altruistic surrogacy under the provision of surrogacy bill.

Under the law of the constitution, each and every citizen of India is equal. Article 14 of the constitution of India clearly states, but exploitation, the coerced form of anything is not acceptable. In spite of scores of film, celebrity has taken support to look to have desire baby. Surrogacy legally and under the law of the constitution, altruistic surrogacy is allowed by banning coerced surrogacy. ICMR has laid out several guidance to stop illegal surrogacy. However, it does gives practical legality, but did not give legislative support. And it serves to help hand which had earlier lax in law and enforcement.